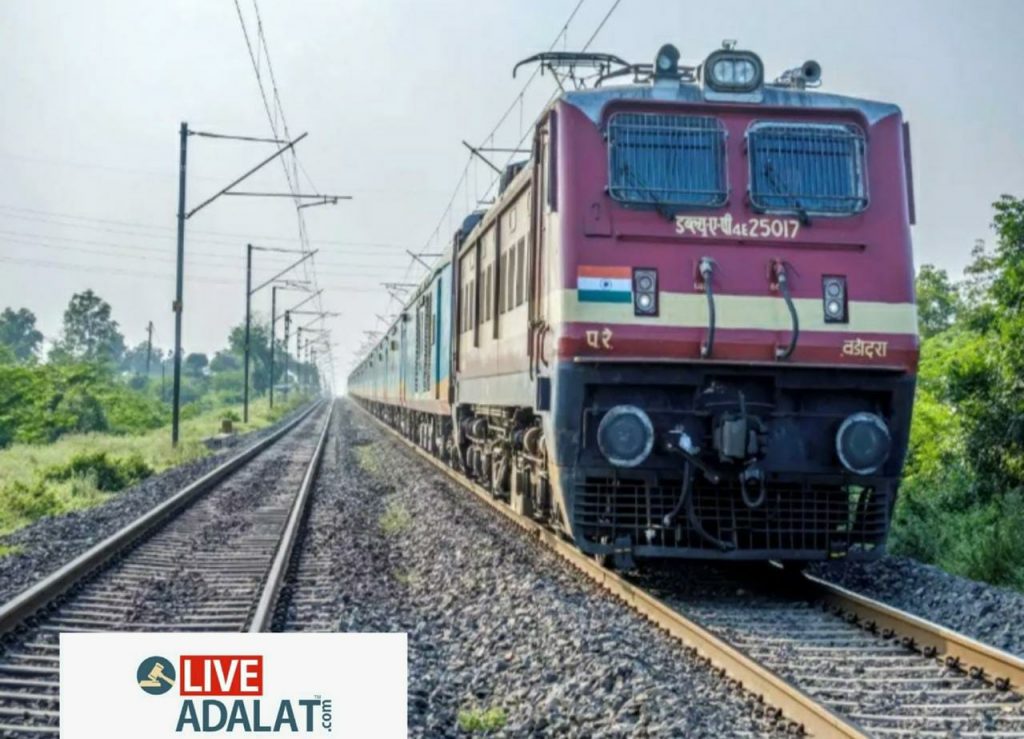 The Supreme Court ruled on 7.09.2021 that railway companies must pay compensation for late trains unless they give proof and explain why they are late. In this regard, the Court upheld the order of the National Consumer Disputes Redressal Commission, New Delhi, which had confirmed the original order of the District Consumer Disputes Redressal Forum, Alwar, allowing the complaint filed by the respondent in the current matter and directing the Northern Western Railway to pay Rs. 15,000/- for taxi expenses and Rs. 10,000/- for booking expenses and Rs. 5000/- for mental agony and litigation expense. A Bench of Justices MR Shah and Aniruddha Bose was hearing a special leave plea filed by the Northern Western Railway, which was dissatisfied with the ruling. The respondent claimed that because the Ajmer Jammu Express Train was four hours late, he missed his connecting flight from Jammu to Srinagar, which was scheduled to depart at 12:00 noon. As a result of having to go to Srinagar by taxi, he lost Rs. 9,000/- in-flight fare and had to spend Rs.15,000/- in taxi costs. The respondent additionally lost Rs. 10,000/- due to the hiring of a boat in Dal Lake.

“Therefore, unless and until evidence explaining the delay is laid and it is established and proven that delay occurred which was beyond their control and/or even there was some justification for delay, the railway is liable to pay damages for delay and late arrival of trains,” the court stated. The District Forum, therefore, issued an order in favour of the respondent, which was then affirmed by the State Commission in an appeal and then by the National Commission in the revision petition by the impugned judgement and order. Aishwarya Bhati, Additional Solicitor General, said that the late running of the train could not be attributed to a lack of service on the side of the railway. She also cited Rules 114 and 115 of the Indian Railway Conference Association Coaching, which indicated that railroads are not obligated to pay compensation for late trains. It was also mentioned that there might be a variety of causes for the train’s delay and late arrival. The Bench noticed that the railways provided no evidence to explain the delay and/or late arrival of trains in Jammu. The railways were obliged to lead the evidence and explain the late arrival of the train to demonstrate and prove that the delay was caused by factors beyond their control. At the very least, the railways were obligated to justify the delay, which they failed to do.

It cannot be denied that every passenger’s time is valuable, and they may have bought tickets for subsequent journeys, such as in the current situation from Jammu to Srinagar and then future journeys. “As a result, considering the facts and circumstances of the case, and in the lack of any evidence leading to the delay, the District Forum must improve the system and their working culture. Citizens and passengers cannot be at the mercy of the government. Someone must bear responsibility “, the Bench said.

However, the railways have taken measures to reduce delays throughout the years. The ministry has informed Parliament that it is engaged in “preventive maintenance of assets to minimise asset failures,” as well as capacity improvement projects and the implementation of automated systems to ensure the smooth operation of trains.
With the railway allowing private players to run trains, reports last year stated that fines for service delays were included in draught guidelines.
According to reports, private operators are expected to maintain 95% punctuality throughout the year and pay a fee if a train is delayed by more than 15 minutes.

CJI Ramana: Only a few can afford courts, the majority suffer in silence

Top judgements of May