The year was 1938 when India earnestly felt the need to have its own constitution. A proposal was forwarded to the British Government for the formation of a Constituent Assembly, that would be entrusted with the responsibility to frame the Constitution of free India. In what came to be popularly known as the August Offer, the British Government had eventually accepted this demand in the year 1940. Accordingly, the Constituent Assembly came into existence and its first meeting was held on December 9, 1946. Furthermore, the Constituent Assembly incorporated multiple committees to deal with various tasks related to the process of framing the constitution. One such committee was the Drafting Committee, which carried paramount importance when compared to other committees. 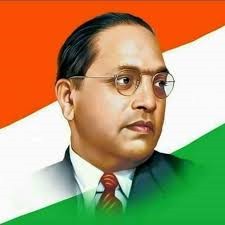 Dr. Bhimrao Ramji Ambedkar, the then Law Minister, was elected as the Chairman of the Drafting Committee. He was a research scholar in the fields of economics, political science and law. Apart from achieving doctorates from the London School of Economics and Columbia University, he was the front-runner in various campaigns against social discrimination. Dr. Ambedkar was logical and persuasive in his arguments pertaining to the process of constitution-making, for which he also came to be known as Father of the Constitution of India. Our constitution is considered a patch-work of constitutions from around the world. It is also the lengthiest written constitution in the category of written constitutions around the globe. Babasaheb carefully studied world constitutions and beautifully crafted a comprehensive constitution based on factors like geography, diversity, history and legal foresight. 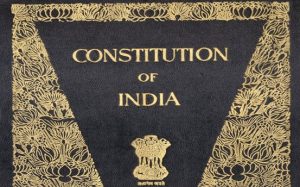 After being rejected by the Constituent Assembly twice, the Draft Constitution was finally adopted on 26th November, 1949. Thereafter, India became an Independent Republic on 26th January, 1950. The original Constitution consisted of a Preamble, 395 Articles and 8 schedules, applicable to both the Centre and the States, except for Jammu & Kashmir. Under Article 370 of the Constitution of India, Jammu & Kashmir enjoyed special status and a separate Constitution until 05th August, 2019. Under the ruling BJP government at the Centre, this Article was abrogated and J&K was declared a Union Territory. While every responsible citizen of India acknowledges the fact that Dr. B.R. Ambedkar was the chief architect of the Indian Constitution and had done a brilliant job, there were few politicians and still are, who time and again have tampered with the Constitution for political gains.

The Preamble, as we know is the soul of our Constitution. However, there have been various debates on the authorship of our Preamble. Although, secularism is considered to be a salient feature of the Constitution of India, the term was added to our Preamble by the Indira Gandhi led government, through the 42nd Constitutional Amendment Act of 1976. This move was clearly a politically motivated and aimed towards minority appeasement. As rightly pointed out by the Supreme Court in the year 1974, Articles 25 to 28 of the Constitution of India are testimony to the visionary practices of Babasaheb. When these Articles clearly mention that every law-abiding citizen of India has the freedom to practice his/her religion as a part of their fundamental rights, then why did the need to add the term ‘secular’ in the Preamble arise?

Dr. B.R. Ambedkar was not only an excellent writer, but also a visionary and an expert in the subject of constitution-making. He was also known as the Modern Manu for his persistent service towards humanity. Babasaheb once said, “A great man is different from an eminent one in that he is ready to be the servant of the society.”

CJI Ramana: Only a few can afford courts, the majority suffer in silence

Top judgements of May